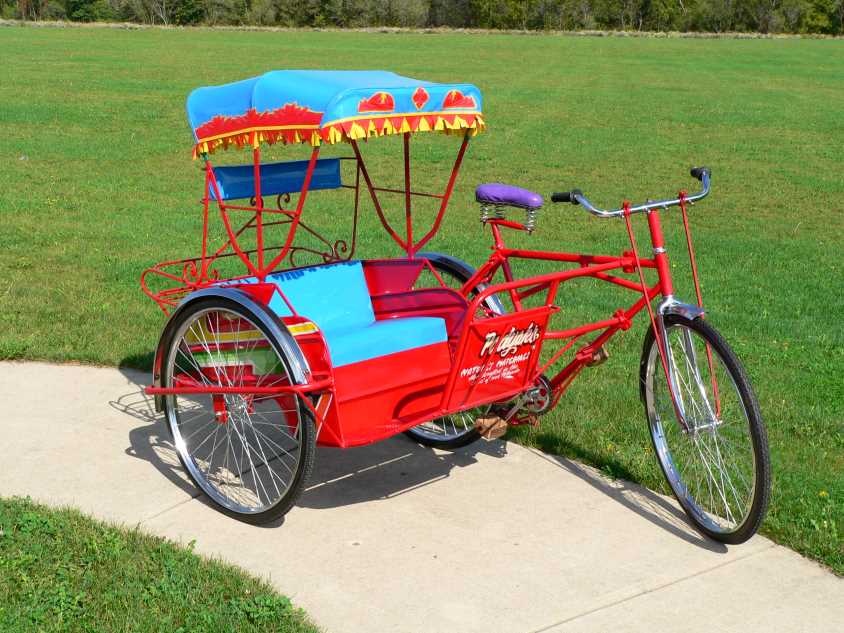 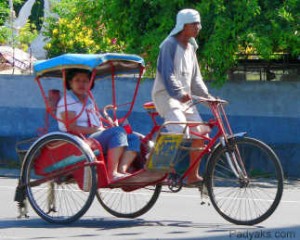 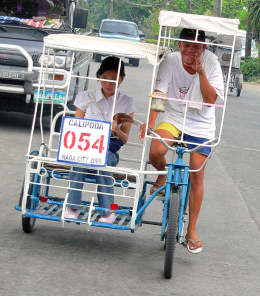 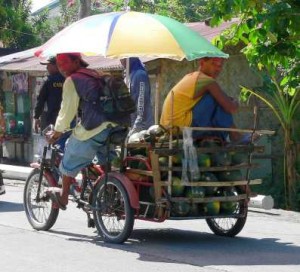 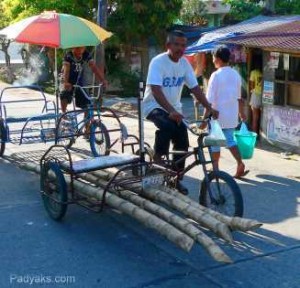 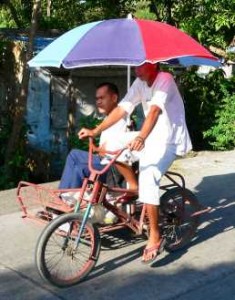 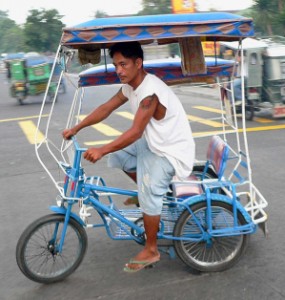 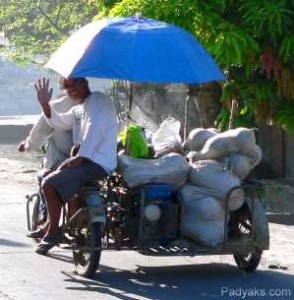 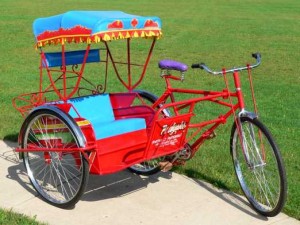 Here is what a typical morning looks like in the town of Magarao, near Naga City in the Bicol Region of the Philippines. These shots were all taken in less than an hour.  A couple tri-mobiles (motorbikes with sidecars) and a jeepney were thrown in for good measure.  Also, notice the freshly-harvested rice being dried on the blue tarps…right out on the street!  This is daily life on the streets of many small towns throughout the Philippines.